Boxing is a sport in which two competitors try to hit each other, wearing gloves, while avoiding hits from their opponent. It’s a sport that has a long history, which is a testament to the refined combat sport that it is.

Boxing has been around for thousands of years, and was popular in both ancient Greek and Roman societies. Ancient Greeks believed that when the Gods on Mount Olympus fought, they boxed, and was included as an Olympic sport in Greece in 688 B.C. Ancient Roman boxing fights were brutal, with competitors sometimes wearing cesti – metal filled, leather hand coverings – in the ring. As you can probably imagine, the result was often a brutal battle to the death.

After Rome fell, the popularity of boxing declined until it was revived in England in the 1700’s. It became popular as a sport among the working classes, and prized fights drew a lot of attention from both spectators and participants. They actually looked a lot more like street fights than the modern boxing we see today, as is known as the ‘bare-knuckle’ era of the sport.

“The hero and the coward both feel the same thing, but the hero uses his fear, projects it onto his opponent, while the coward runs. It’s the same thing, fear, but it’s what you do with it that matters.” – Legendary trainer, Cus D’Amato

It wasn’t until 1866 that a new set of rules were established, including limiting the number of rounds, banning gouging and wrestling, and making all fighters wear gloves. Not long after, weight classes emerged, and have evolved into the eight weight divisions we see today. It’s popularity has stood the test of time, and you’d struggle to find someone who has not heard of some of the greatest, including Muhammad Ali, Mike Tyson, and Floyd Mayweather.

Boxing has been so popular for such a long time because it is a fantastic combat sport, but it also challenges the mind along with the body. It’s easy enough to throw a punch, but to learn and understand the movements of your opponent, to finely tune your speed, your timing and reaction skills, and to counter each attack using the right technique takes practise and determination.

A refined art of skill and technique, boxing is the timeless classic of the martial arts world, and often called ‘the noble art of self defense’.

Whether you want to learn boxing as self defence, fitness, to improve your confidence, or just to have fun, you won’t be disappointed. If you’re interested in learning Mixed Martial Arts, it’s also the classic sport to combine with your ground fighting skills.

Boxing will improve your reflexes and teach you how to engage proper head movement, footwork and hand speed, and your cardio and core strength will be tested like never before. Boxing is an amazing combat sport and for MMA fighters is a must for training. 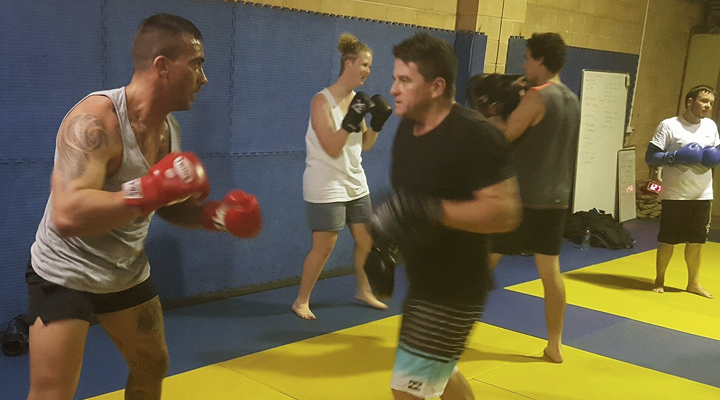 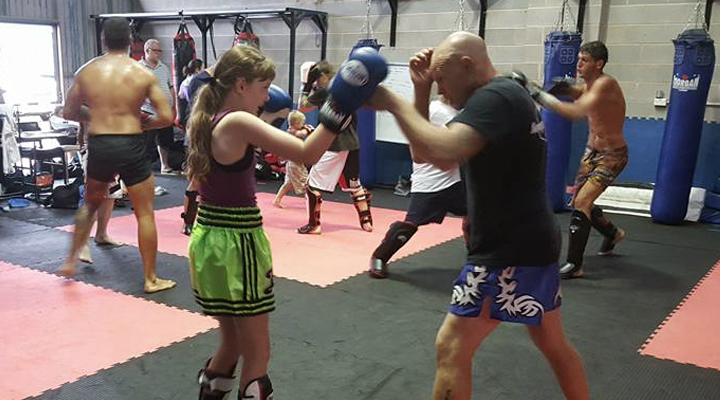 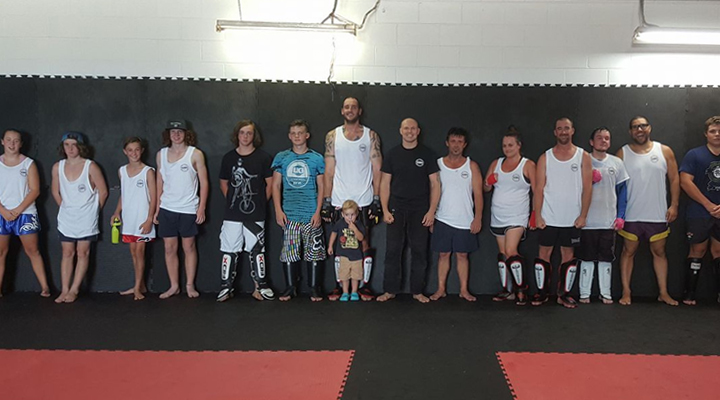 Are you ready to learn the noble art of self-defense?


What our boxing students say