What is Brazilian Jiu Jitsu?

To understand Brazilian Jiu Jitsu we have to look back at traditional Jiu Jitsu, a Japanese art that originated on the Samurai battlefields. Because their armour restricted their ability to strike, Samurai soldiers developed throwing, joint-lock, and strangling techniques to defend themselves in the event that they were disarmed and thrown off their horses during battle.

Brazilian Jiu Jitsu (BJJ) was developed by Helio and Carlos Gracie, who learned and modified traditional Jiu Jitsu, opening Brazil’s first Jiu Jitsu academy in 1925. In the following years, they and their students refined their technique with a focus on submission ground fighting. The art of BJJ developed on the premise that a smaller, weaker person can defend themselves against a stronger and heavier opponent by taking the fight to the ground, where joint-locks and chokeholds can be used to defeat a larger attacker.

“Always assume that your opponent is going to be bigger, stronger and faster than you; so that you learn to rely on technique, timing and leverage rather than brute strength” – Helio Gracie

While well-known in many parts of Brazil, BJJ did not become world renowned until the establishment of the Ultimate Fighting Championship (UFC) in 1993. During the first competition, Royce Gracie went out against competitors above his weight class and claimed victory four times by applying his skills in BJJ, and exploiting the fact that his opponents were not familiar with ground fighting techniques. His victories gained a lot of worldwide interest in BJJ, and the rest, as they say, is history. Today, BJJ is governed by the International Brazilian Jiu-Jitsu Foundation (IBJJF).

One of the most attractive features of BJJ is the fact that, when used correctly, size and strength do not necessarily mean victory. The correct use of submission, joint-locks, and chokeholds are more important, which means it doesn’t matter how ‘small‘ you are, or even if you think you are ‘weak’ – if you focus on your technique and strive to improve, you will learn how to take down and defeat a much stronger opponent.

As you train, you’ll learn that respect, discipline, strategy and perseverance are also crucial to success in BJJ. The whole mind and body are engaged, and that’s why BJJ is known as a fantastic sport for children to learn. Head to this page if you’d like to learn more about KTB Children’s BJJ Classes.

Often referred to as the most effective martial art in the world, Brazilian Jiu Jitsu will strengthen both your body and your mind.

Our classes are full of people of all shapes and sizes, from different backgrounds and with different levels of expertise, all working together to improve themselves both on the mats, and off them. Just like all of our classes, if you’re a beginner, you’ll start at pace that’s comfortable for you, and give you tips and advice until you feel more confident. As we always say here at KTB – everyone was a beginner at some stage!

During our traditional Gi Brazilian Jiu Jitsu classes you will be taught the same techniques that are being taught that week at our affiliate headquarters, Team Perosh Mixed Martial Arts (SPMA) in Five Dock. Richard’s instructor at Team Perosh is 4th degree black belt and UFC veteran Anthony Perosh, and everything that is taught from the syllabus at KTB has been instructed to Richard by Anthony.

NoGi BJJ classes are run at the gym on Tuesday evenings, Thursdays, and Friday mornings, and are run by chief instructor Richard. Wrestling classes are held on Thursday evenings by Todd Burgess. Both instructors have years of  NoGi BJJ, submission wrestling, and Mixed Martial Arts experience, and all classes accommodate experienced rollers and those just starting out. 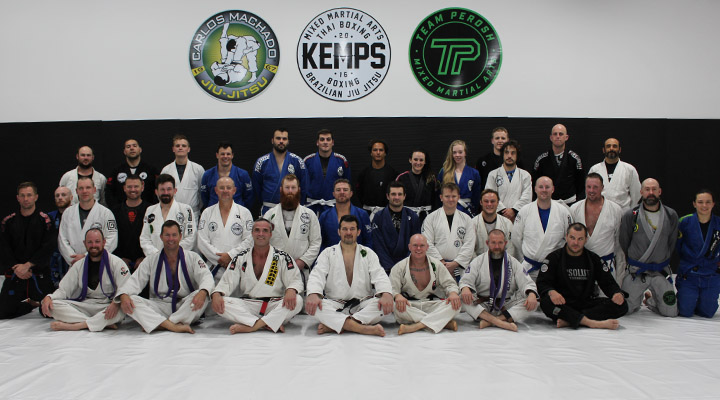 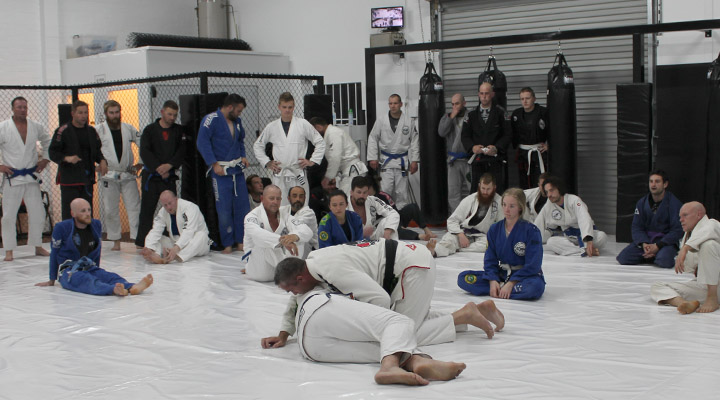 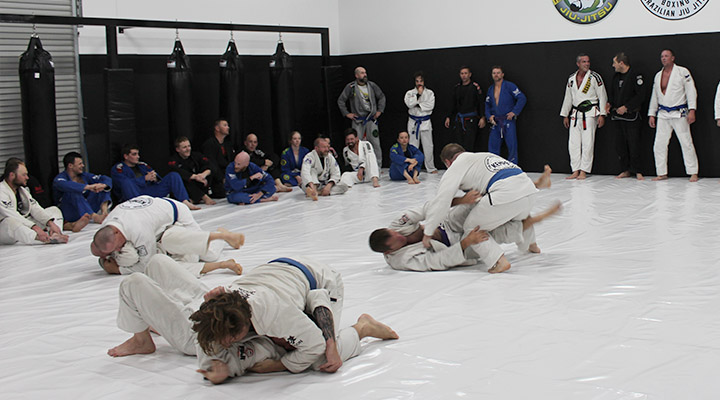 Interested in learning the most effective martial art in the world?

"KTB has everything I was after in a gym. Well structured classes with a great atmosphere and coaches passionate about teaching what they have to offer. I've met and made some great friends and I love how welcoming everyone is too new comers. "