What is Mixed Martial Arts?

MMA’s history can be traced back to the Ancient Greek Olympics, to a competitive art called pankration, meaning “all powers”. Competitors used skills from a number of sports to defeat their opponents.

The Gracie family – who are known for creating the art of Brazilian Jiu Jitsu – have also played an important role in the rise of MMA, helping to develop the Ultimate Fighting Championship (UFC). Established in 1993, the UFC was originally created to find the most effective martial art for unarmed combat, so fighters who specialised in different combat arts fought against each other with the goal of finding out which was most effective for unarmed fighting.

There were relatively few rules, and it wasn’t long before different fighters started to incorporate different skills from a range of martial arts into their style. The UFC and MMA promoters soon had to create additional rules in order to improve the safety for competitors, and to improve mainstream conceptions of the sport. It’s fair to say that, for many years, many people saw MMA as a brutal and violent sport, however, with the adoption of the new rules and compliance with sport safety authorities, this perception has gradually changed.

MMA rounds are five minutes in length, and there are usually three rounds in every competition. Competitor are allowed to use and skills from any number of martial arts, and the most popular are Boxing, Muay Thai, Brazilian Jiu Jitsu, and Judo. Fighters are protected by mouthguards and gloves that allow the competitor to grab, and all fights are categorised into weight classes. To further protect competitors, MMA fighters are not allowed to knee a grounded opponent in the head, strike the back of the head or spine, head but, or strike or grab the throat of the opponent. Head over to this page to read all of the rules governing MMA.

Today, MMA gains a lot of attention and is the fastest growing sport in the world. Even for people who don’t follow the sport, it’s difficult to avoid the media surrounding the UFC. One example is the 2016 New Years Eve fight between Ronda Rousey and Amanda Nunes.

Most people who want to learn MMA have some experience in one standing and one ground fighting martial art. If you haven’t got at least a little experience, starting MMA will be tricky and probably a bit confusing! The good news is that starting a new martial art is fun and rewarding on it’s own, and if you train hard and continue to learn, it won’t be long before you can combine your skills and start practising MMA.

At Kemp’s Thai Boxing and Mixed Martial Arts, we have MMA fighters with a range of skills, but most have learned (and continue to learn) boxing, Muay Thai, Wrestling and Brazilian Jiu Jitsu. Bringing your skills together is challenging and takes focus and dedication, but any MMA fighter will tell you that it’s also rewarding.

If you want to start MMA and have experience with at least two other martial arts, you can come along to our MMA training sessions anytime. If you haven’t got skills in more than one martial art, join our Brazilian Jiu Jitsu, Boxing, Muay Thai or Wrestling classes and it won’t be long before you’re ready for some MMA training!
What you’ll learn at KTB

MMA classes will teach you both self control and confidence, how to chage attacks from standing to ground – and in between on the cage walls. MMA is such a high intensity sport that requires endurance and persistence, and only once you get in and do it will you see that there’s no other combat sport that will get you fitter than this one.

Fight camp is run by both Richard and Todd, and depending on what skills and conditioning they need to work on with you, will be between 6 and 8 weeks long. When you’re preparing for a fight, you’ll be expected to train 5 nights a week and attend sparring night on Friday.

Being an MMA fighter is a serious consideration, and you will only be given opportunity to fight when your trainers give the all clear. 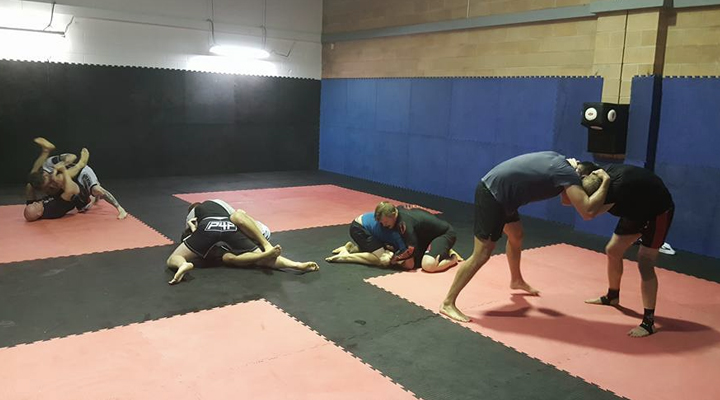 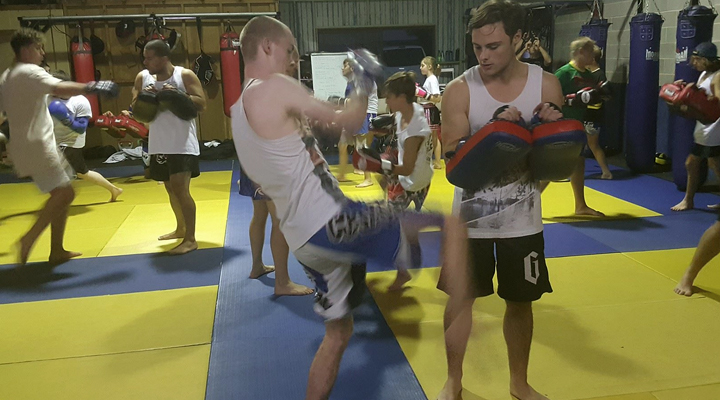 Have you got the skills for MMA? Want to gain some?

" Everyone at Kemps is awesome and the coaches and crew always have a welcoming environment and great classes. I would recommend Kemps to anyone looking to better themselves physically and mentally. "